About Us | Wings for Widows 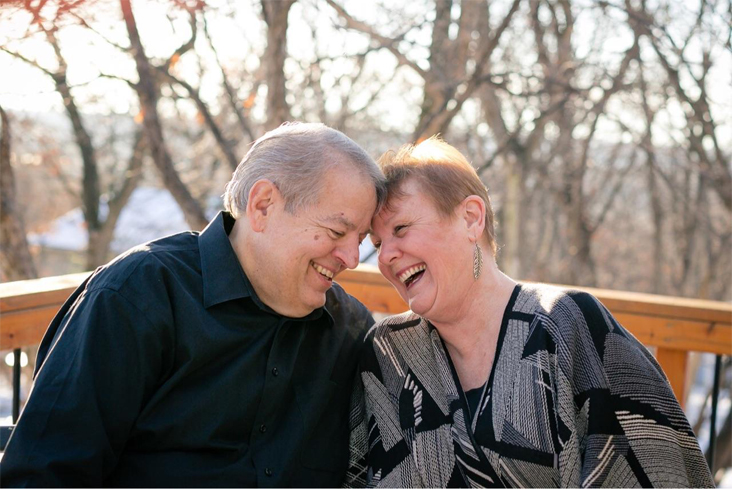 David and Liane Laurion shortly before David died
from a heart attack. David was 62.

In 2017, Liane Laurion found herself facing the future alone, suddenly without her husband of 40 years who died unexpectedly at home from a heart attack. Like so many women in her situation, she realized that in the life she shared with her husband Dave, she had taken care of certain responsibilities and he had taken care of others.

The family’s financial matters were one of her husband’s responsibilities because Dave, in fact, was a seasoned financial planner. Without Dave’s knowledge and experience and Liane’s sudden loss and grief, how would she learn how to navigate a world of such complexity and intricate detail?

Liane did have a trusted resource, a certified financial planner and colleague of Dave’s named Christopher Bentley. Chris and Dave had worked together the previous two years and, by chance, Chris inherited the Laurion family as clients, including his spouse Liane following David’s death on February 4, 2017.

Another resource for Liane was a Grief Share group of other widows. As the months passed, Liane realized she was making better progress managing her finances than many other women, even those who had lost their husbands longer ago.

She mentioned this insight to Chris in December 2017. Liane told Chris that although she was beginning to feel a renewed sense of hope, other members of her grief group didn’t share her optimistic outlook. They were still struggling with their finances and other responsibilities.

Chris offered to meet with Liane’s GriefShare friends to see if he could help in any way, and Liane obliged. After meeting with the other widows, Chris realized there was a very real unmet need – helping new widows in a time of immense heartache and anguish. Chris, a financial advisor and Certified Financial Planner with a decade-long history of working with women in transition, along with Liane’s journey inspired the idea of providing financial counseling to new widows.

After several weeks of due diligence, Chris filed Wings for Widows as a 501(c)3 public charity, the first and only organization of its kind in the United States. Liane joined him as the first secretary of the organization and Chris took on the role of the charity’s president.

In a 2019 interview with the Star Tribune, Chris reiterated the need they’re meeting by saying, “More than 85 percent of women of all ages responding to a State Farm survey said that being the sole financial decision-maker is the most challenging aspect of being a widow.”

Today, now with more than 50 volunteers, Wings for Widows provides pro bono financial coaching to women from all walks of life nationwide. It honors Dave and Liane with every widow served.

Envisioning a world in which widows are knowledgeable and empowered to manage the financial transition that results from losing a spouse.

We provide personalized financial wellness coaching to help the widowed move forward with confidence and hope.

Wings for Widows is a scripture-based, heart-led organization. Our core values are Faith, Partnership, Respect, Quality, and Education. We find opportunities each day to apply these values in our service to clients and each other. We strive to: