We Don't Say Enough About Grief | Wings for Widows

We Don’t Say Enough About Grief 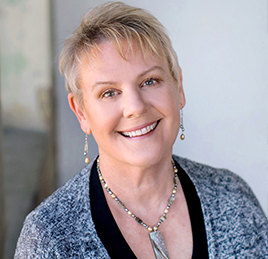 Wings for Widows focuses on grieving widows’ financial needs and not necessarily on the grieving widow’s grief. When working with a widow client we are acutely aware of her sense of loss and her fear of the unknown. But we don’t try to “fix” her grief. We leave that to the professionals. We focus on getting her back on her financial feet.

We don’t focus on it, but we can’t ignore it either. Yet despite all the resources on the subject until you’ve experienced the loss of a spouse, one can’t possibly fathom it. It’s painful, and so while we recognize it exists we tiptoe around it.

Then recently one of our board members, Liane (pictured), said, “We don’t say enough about grief.” She was referring to our website and pointed out that all of our blog posts were “financial” in nature. “We have to show that we understand grief, too.” Liane understands it very well. She became a widow on February 4, 2017. She lost her spouse, David, unexpectedly to a heart attack. He was 62 years young. The following was written by Liane as she coped with her profound loss and overwhelming sense of grief. She shares it with you, as we learn to say more about grief.

Today is Monday. It’s been a month since I lost David.

I started today with a plan to get Dave’s car transferred into my name. Simple, right? I had gathered all the required paperwork: title, notarized affidavit, marriage certificate and death certificate, and a statement showing the car was paid off. I had waited the required 30 days. I went to AAA and was second in line.

So far so good.

But no. I needed something official called a “release of lien” to transfer the car. Defeated, I left.

I had lunch plans later. I was looking forward to meeting with my friends on the Midwest Conference on Missionary Care committee. I have coordinated this conference for 11 years. This year the conference had taken place a week after Dave’s funeral, so it happened without me this time. But I was excited to hear how it went, and how the Lord had worked out the final details I couldn’t attend to.

I had driven about three miles from AAA when Dave’s car (the one I still didn’t officially own) started overheating. Oh no! Not car stuff! I don’t do car stuff! I think, “I have to put my big girl pants on and start doing things for myself.”

I pulled over, called AAA, and began waiting. After an hour and 20 minutes the tow truck arrived. That had given me plenty of time to think. It was not good.

By the time I climbed into the cab of the tow truck I was sobbing. The driver had to put up with me. He was very kind, saying, “You know, lots of people cry in tow trucks.”

I got home and made a piece of toast. My phone rang, and I said out loud to my phone, “Don’t call me! I don’t want to talk to anyone!”

It was Laura, my new friend. Her husband had died exactly two months before David, also from a sudden heart attack. She told me her story and I told her mine. We shared our misery. We are in a very small club. It was a gift to talk with her. She told me something I needed to hear: grief is not linear.

After our call ended I still crawled into bed and cried. But I felt better.

I had my first child by emergency C-section. I was pretty beat up from laboring 16 hours and pushing two more. I couldn’t even open my eyes, because my face was so swollen. I couldn’t walk alone.

I was put in a room with a mom who’d had a C-section three days earlier. It was so encouraging to see her get out of bed without help, get off pain meds, and care for her newborn all by herself. It gave me hope that I would recover from mine.

But that was a physical recovery. Laura has been on this road of emotional recovery for exactly two more months than me. Again, I was reminded: grief is not linear. This road is very crooked. It has detours and switchbacks, roadblocks, construction zones…probably a pot hole or two. Today was filled with a pothole or two. Maybe next Monday will be better.